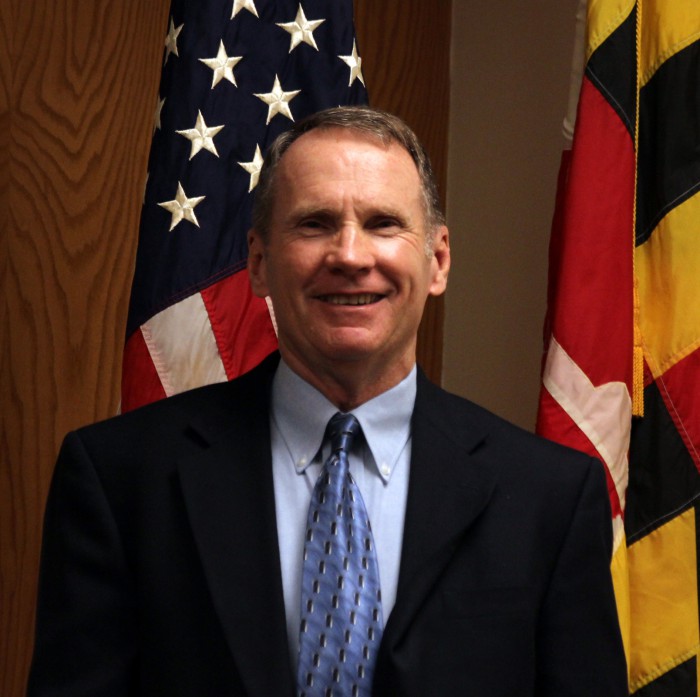 Jim Hinebaugh is a Garrett County native and lifelong Republican.  He graduated from Southern High School and attended Frostburg State University before entering the U.S. Army via the draft.  After serving as an enlisted member, Hinebaugh attended Engineer Officer Candidate School (OCS) and was commissioned as a second lieutenant in the Corps of Engineers.  He subsequently retired as a Colonel/06 in 1995 with almost 29 years of service, including eight years of duty overseas.

Commissioner Hinebaugh is a graduate of the University of Southern Mississippi (BS in Computer Science/Math) and Shippensburg University (MBA in Public Administration). Hinebaugh ended his military career two years early to return home and become Garrett County’s Director of Economic Development.   Hinebaugh worked with local elected officials, state officials, state and federal agencies, and business and community leaders to develop the County’s first Strategic Plan for Economic Development.  Following this plan, the County reduced its annual average unemployment rate from 13.7% to less than 5%, tripled the acreage available in its business parks, expanded infrastructure to support business growth, and improved educational attainment.  From 2000 to 2010, County businesses added over 3,000 new jobs for a growth rate of 17%, exceeding the state and national growth rates.

Commissioner Hinebaugh has served on a number of state commissions and local committees and currently serves on the Boards of the Garrett County Development Corporation and the Maryland Association of Counties.  He is a member of VFW Post 10077 in Deer Park, American Legion Post 0071 in Oakland, and Elk’s Lodge 2481 in Oakland.  Hinebaugh’s hobbies include hunting, hiking, reading and working out.  He and his wife Barbara have two children, Laura and Chris, reside in the Swallow Falls area and are members of St. Matthews Episcopal Church.