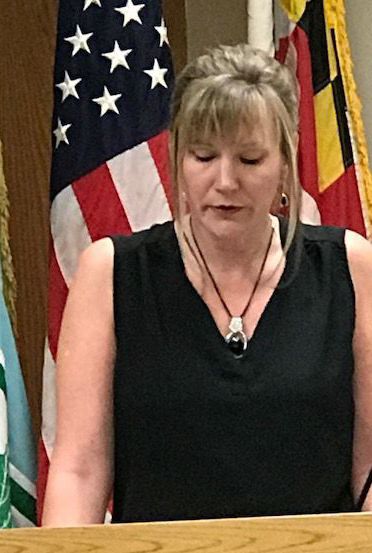 The County Commissioners have unanimously approved the Garrett County 2017 Land Preservation, Parks, and Recreation Plan (LPPRP). Council signed the resolution during its public meeting Tuesday evening at the Bittinger Volunteer Fire and Rescue Department.
The Commissioners held a public hearing for the plan earlier this month at the courthouse in Oakland. Director Deborah Carpenter, Garrett County Department of Planning and Land Management, reviewed the document at the hearing.
“The Land Preservation, Parks, and Recreation Plan is required in order for us to participate in Program Open Space,” she said. “It is required to be updated every five years with the Maryland Department of Natural Resources.”
The main goal of the LPPRP is to identify future needs and priorities for parks, recreation and open space acquisition, plus facility development and rehabilitation in the county and its eight incorporated towns. Three areas were examined: Recreation and parks, agricultural land preservation, and natural resource land conservation.
“These needs and priorities serve as a guide for land acquisitions and capital investments in the county’s and towns’ capital improvements programs,” the document states on Page 2.
Carpenter noted that her office began the process to update the county’s 2012 plan in January 2016. Its eight municipalities and Garrett Trails were notified and invited to participate. An online survey was also created to garner public feedback. Those comments were collected in March 2016.
“The first draft of the plan was finalized in the fall of 2016 and sent to the Department of Natural Resources, Maryland Department of Planning and all the municipalities for review and comments,” the director said. “The (Garrett County) Planning Commission then reviewed that document in January 2017 during its regularly scheduled public meeting.”
The commission held its public hearing in April. After initial review by DNR and MDP, the document was forwarded to the county commissioners, who conducted their hearing Oct. 2.
Carpenter reviewed some of the “items of note” in the new plan.
“The survey results are in there,” she said. “A lot of those questions were easily put into graphs and pie charts. But we also gave the public an opportunity to give us more general comments.”
Her office also conducted, for the first time, three different proximity analyses to determine where parks are more or less accessible to residents.
“We looked at three different things: Parks in general, parks with picnic tables and pavilions, and parks with trails,” Carpenter said. “It was no surprise to us to learn that most residents reside within five miles of a park in Garrett County, with the exception of the extreme southern end of the county in the Kempton area.”
She also noted that all of the towns’ five-year plans are now included in the county’s LPPRP. Their plans include estimates on potential land acquisitions, new projects, new equipment, new replacement equipment and maintenance needs for the next five years.
“It was a lot of work for them, and I commend them for all that they’ve done,” the director said about the towns’ efforts to contribute to the plan.
The 2017 LPPRP replaces the 2012 one, and “becomes one of a number of functional plans that help implement the Garrett County Comprehensive Plan,” as noted on Page 2 of the new document. It is available for public review online at garrettcounty.org.
Also during their Tuesday meeting in Bittinger, the Commissioners reappointed William Ingram and Russell Sines to the Deep Creek Watershed Board of Zoning Appeals Board
The Commissioners’ next public meeting is scheduled for Nov. 6, beginning at 4 p.m. at the courthouse in Oakland. Requests to be on the agenda must be made to Carol Riley-Alexander, executive assistant to the commissioners and county administrator, by 1 p.m. one week prior to the public meeting day. She can be contacted at 301-334-8970.