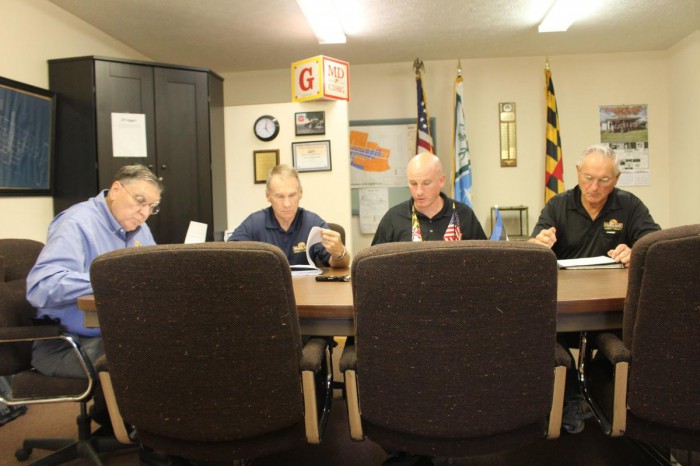 The Garrett County commissioners awarded a bid for the Hoyes Run electrical distribution site during their public meeting Monday afternoon in Grantsville.
“This is to provide electrical service to the new North Camp Ridge pumping station,” said County Administrator Kevin Null about the water-related initiative. “This actual station will eliminate three proposed stations on the mountain (Marsh). So, we’ll save some money and costs there.”
He noted the county had agreed, in the early stages of NLP’s development of Wisp Resort, to provide electricity to the distribution site.
“This was all part of the Hoyes Run Project,” Null said. “But because of the delay in the Hoyes Run permitting process, we pulled this out of the project and are going to do it separately.”
He said the Purchasing Department received four bids for the electrical distribution site work: Byco Enterprises, $226,298.20; Carl Belt Inc., $312,020; Beitzel Excavating, $316,228; and Beitzel Corporation, $439,364.60.
“After reviewing the bids, the Purchasing Department is recommending that we award the bid to the apparent low bidder, which is Byco Enterprises,” Null said.
The commissioners agreed with the recommendation and awarded the bid to that company.
Also Monday, the commissioners made appointments to three local boards. They approved the Garrett County Local Management Board’s recommendation to appoint Kaitlyn Fike as a member.
“Kaitlyn is the coordinator of Workforce Development at Garrett College,” Null said. “This is for a three-year term.”
The commissioners also approved the Garrett County Commission for Women’s request to reappoint Linda Carr and Sherry Fredlock to another three-year term. Null noted women’s commission members may only serve two terms.
The women’s commission also asked that Rachel Bruch be appointed to fill a vacancy.
“Rachel is a native of Garrett County, and she is a real estate agent,” Null said. “So, they’d like to appoint her for a three-year term, which would expire in September 2021.”
The commissioners approved her appointment to the Garrett County Commission for Women.
Null noted there were also two openings on the Garrett Regional Medical Center Board of Governors.
“There are for commissioner appointees,” he explained.
Commissioner Jim Hinebaugh appointed Karen Myers, and Commissioner Paul Edwards appointed Kevin Liller.
Null said he would inform the GRMC board about the appointments.
The commissioners’ next public meeting is scheduled for Monday, Oct. 1, at 4 p.m. at the courthouse in Oakland.