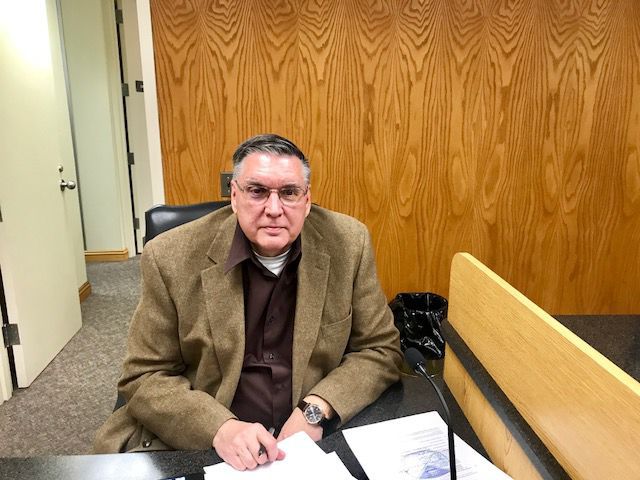 Accident area residents can now receive alerts to warn them of pending Texas Eastern “blowdowns” and other scheduled natural gas events.
The issue was discussed during the Garrett County commissioners’ public meeting Tuesday afternoon at the courthouse.
“We implemented it last week,” said County Administrator Kevin Null about the new warning system. “Any notifications we receive from Texas Eastern will be put out on our alert system.”
Interested persons can go to the county government website, garrettcounty.org, click on “Citizen Connect,” and sign up to receive those notifications. Currently, they are listed under “Emergencies.”
“We’re going to change that heading a little bit so that people will know that it’s for notifications, not just emergencies,” Null said.
He said a notice about the new system would be posted on the county’s website and a press release issued about the notifications.
During the commissioners’ Board of Health meeting in November, Bumble Bee Road resident Linda Herdering reiterated the need for county officials to develop a system so that she and others living in the Accident “dome” area could plan for scheduled blowdowns.
Owned and managed by Enbridge Energy Partners/Texas Eastern, the term “dome” refers to an underground natural gas storage field covering about 53-square miles in and around the town of Accident. The Texas-based company’s related infrastructure includes an intricate underground pipeline system, 84 vertical wells, and a compressor station.
A Texas Eastern permit defines blowdowns as gas releases and purges of equipment at both the Accident compressor station and throughout the storage field. The procedure is needed if a gas pipeline is taken offline for maintenance, during emergencies, or to accommodate fluctuating demand.
Herdering said the releases, which are usually scheduled in advance, can occur on weekends and in the middle of the night.
“Blowdowns can last for two hours, and the noise is comparable to a commercial jet taking off in very close proximity,” she said. “Blowdowns and compressor engines can be extreme, enough to rattle a nearby home.”
She also said releases can emit toxic gases, including methane, benzene, toluene, sulfuric oxide, and formaldehyde.
Herding initially presented her request for an alert system about six months prior to the Board of Health meeting. The commissioners indicated during the board meeting that the county’s Department of Technology and Communications was currently working on the system and would have it completed as soon as possible.
The commissioners’ next public session is scheduled for 4 p.m. Monday, Feb. 5, in their meeting room at the courthouse in Oakland.
Requests to be on that agenda must be made to Carol Riley-Alexander, executive assistant to the commissioners and county administrator, by 1 p.m. one week prior to the public meeting day. She can be contacted at 301-334-8970.