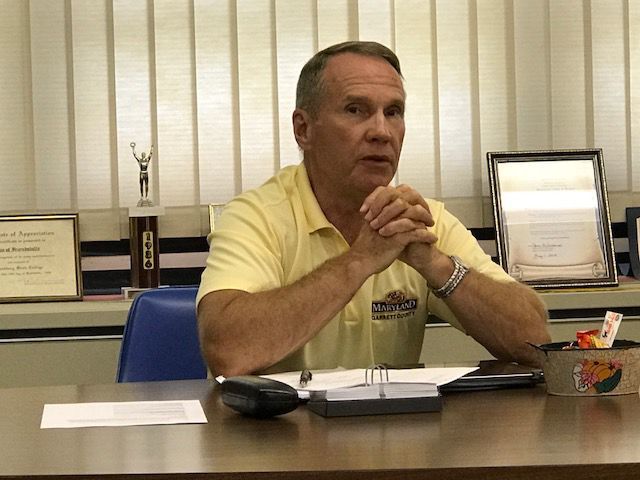 The search for a new Garrett County Department of Economic Development director continues. Chairman Paul Edwards announced during the Board of Garrett County Commissioners’ meeting last week they were close to finding a replacement for former director Alex McCoy, but plans have changed.

A local selection committee, composed of representatives from a wide range of groups, including the Chamber of Commerce, Garrett College, the Farm Bureau, and municipal governments, recently reviewed 12 applications and narrowed the list down to three potential candidates.

“The selection committee did make a recommendation to the commissioners, after a round of interviews, for the economic development director,” Edwards said. “However, after the interview process, that candidate was no longer interested in the position. So, the board has reopened the search and is committed to finding the best person for that job.”

“The staff over there has really stepped up and is filling the gap quite nicely,” Edwards added.

Hinebaugh added that the commissioners would be looking for possible prospects while attending MACo’s annual summer conference, scheduled for Aug. 16-19 in Ocean City.

“Maybe there’s a number two or number three person in another economic development office somewhere who might be interested in taking this on, in terms of upward mobility,” he said. “We’re going to try to do some networking while we’re there, to see if we can dig up some candidates on an informal basis, rather than just relying on advertising.”

Hinebaugh indicated during the Garrett County Chamber of Commerce’s recent Business Before Hours event that the county was in no hurry to hire a new director.

“We’re going to be very deliberate about the way we do this,” he said. “We’re not going to hire someone just to fill the position. We can afford to do that because we have a great staff in Economic Development.”

The commissioners began their search for a new director shortly after McCoy submitted his resignation in late April of this year, after accepting the CEO position of the Greater Lawrence County Regional Chamber of Commerce in New Castle, Pennsylvania.

He was hired by the Garrett County commissioners in April 2015. He was previously vice president of economic development for the Putnam County Chamber of Commerce in Palatka, Florida, and executive director of the Worth County (Georgia) Economic Development Authority.