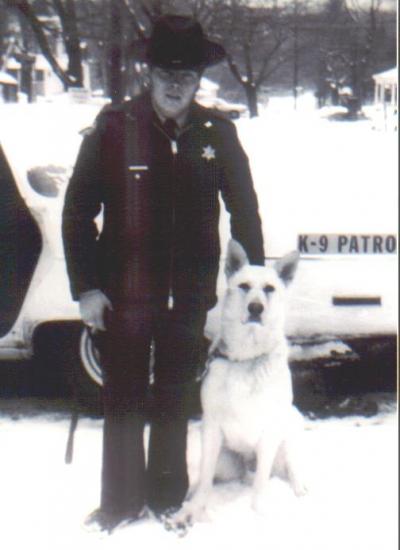 A Police Officer's Prayer
When I start my tour of duty God,
wherever crime may be,
as I walk the darkened streets alone,
let me be close to thee.
Please give me understanding with both young and old.
Let me listen with attention until their story's told.
Let me never make a judgment in a rash or callous way,
but let me hold my patience to let each man have his say.
And if some dark and dreary night,
I must give my life,
Lord, with your everlasting love
protect my children and my wife.

May 15th by Act of Congress has been designated "Peace Officers Memorial Day". In his honor flowers were laid on this day at the Memorial site located in Miami, Florida. Deputy Livengood's name is among those engraved in marble at this memorial site. Officer Livengood will forever live in our hearts and memories and never to be forgotten.
"Greater love hath no man than this,that a man lay down his life for his friends" John 15:13
"Blessed at the  peacemakers for they shall be called the Children of God" Matthew 5:9
The American Police Hall of Fame and Museum 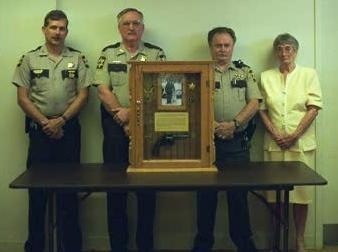 On May 15, 1998 Sheriff Paul R. Sanders, Jr. presented the  above memorial display  to the family of Deputy Livengood. The display consists of the above picture, the badge, gun, K9 & Departmental emblems and metals worn by Deputy Livengood. The memorial cabinet was designed and constructed by Warden Danny Rumer with the items arranged by Captain Don Tucker. The cabinet remains on display at the Garrett County Sheriff's Office. Pictured are Captain Don Tucker, Sheriff Sanders, Ed Livengood (Correctional Officer and brother) and Mrs. Josephine Livengood, mother.