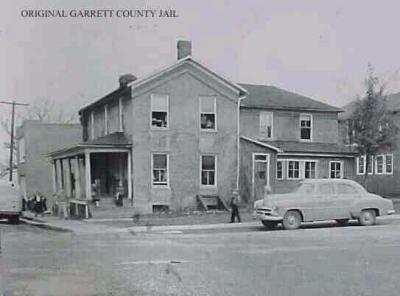 Located on the corner of 4th and Alder Streets, adjacent to the Courthouse, where the County Government Administrative Offices sit today. 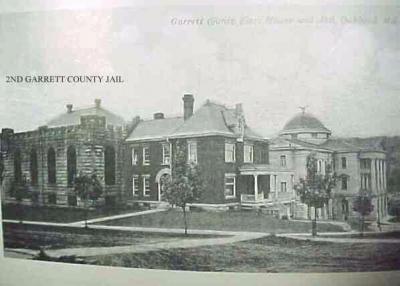 Located on the corner of 3rd and Alder Streets, in front of the Garrett County Courthouse. 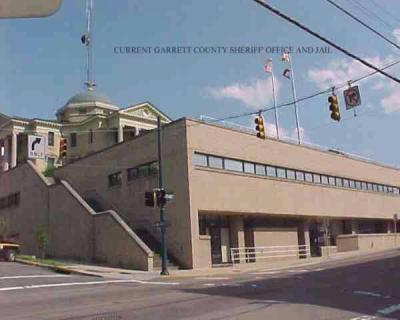 The Garrett County Sheriff's Office was founded in 1872. Over the past 130 years, 39 separate men have served as Sheriff of Garrett County through 51 terms of office. Thomas Coddington was elected as the first Sheriff of Garrett County, beginning his term on January 31, 1873.
On November 16, 1883, John Herbert Smith became the first and last person to ever be executed in Garrett County, charged with murder. On May 15, 1883, Smith a 40 year old black male, shot Josiah Harden, a 55 year old white male, five times in Hardens house killing him. Smith then raped Harden's wife and fled the area. Apprehended 4 days later, he was returned to Garrett County. Smith's trial began on September 18, 1883. He was convicted of first degree murder and sentenced to death by hanging. On November 16, 1883, Smith was hanged from scaffolding that was constructed outside the County Jail. A sixteen-foot wall had been built around the scaffolding to exclude the execution from outside view. The time period was 6 months between the murder and execution.
The first and only line of duty death of a Garrett County Officer occurred at approximately 5 am on January 18, 1979. Deputy Sheriff David G. Livengood responded to a silent alarm at an army/navy discount store in Oakland, Maryland. Deputy Livengood was shot and killed by two perpetrators who fled and were later apprehended.