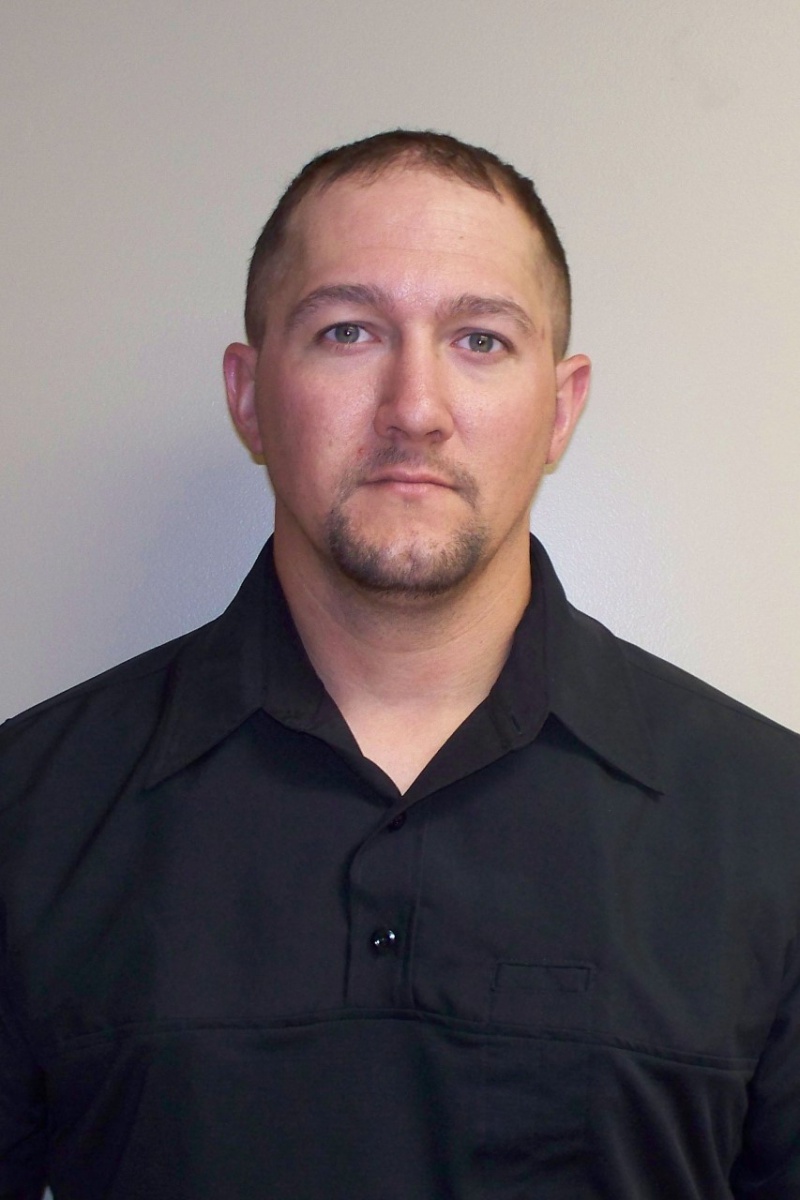 It is with great sadness we announce the death of Garrett County Deputy Sheriff Corey D. McElroy from injuries sustained in an automobile crash on Interstate 68 late last night. Deputy McElroy was flown to Ruby Memorial Hospital in Morgantown, West Virginia, where he died early this morning. The Maryland State Police Crash Team is conducting the investigation.

Deputy McElroy was 31 years old at the time of his passing.  He was the father of two young children and served in the United States Marine Corps prior to joining the sheriff’s office. Deputy McElroy was traveling home from the police academy to attend the graduation of a family member. We ask that you respect the privacy of Deputy McElroy’s family at this most difficult time.

Deputy McElroy was operating a Garrett County Sheriff’s Office police vehicle at the time of the crash. The investigation remains open.

Please direct any questions to Lieutenant Dan Duggan of the Garrett County Sheriff’s Office or the Maryland State Police Office of Media Communications for further information. 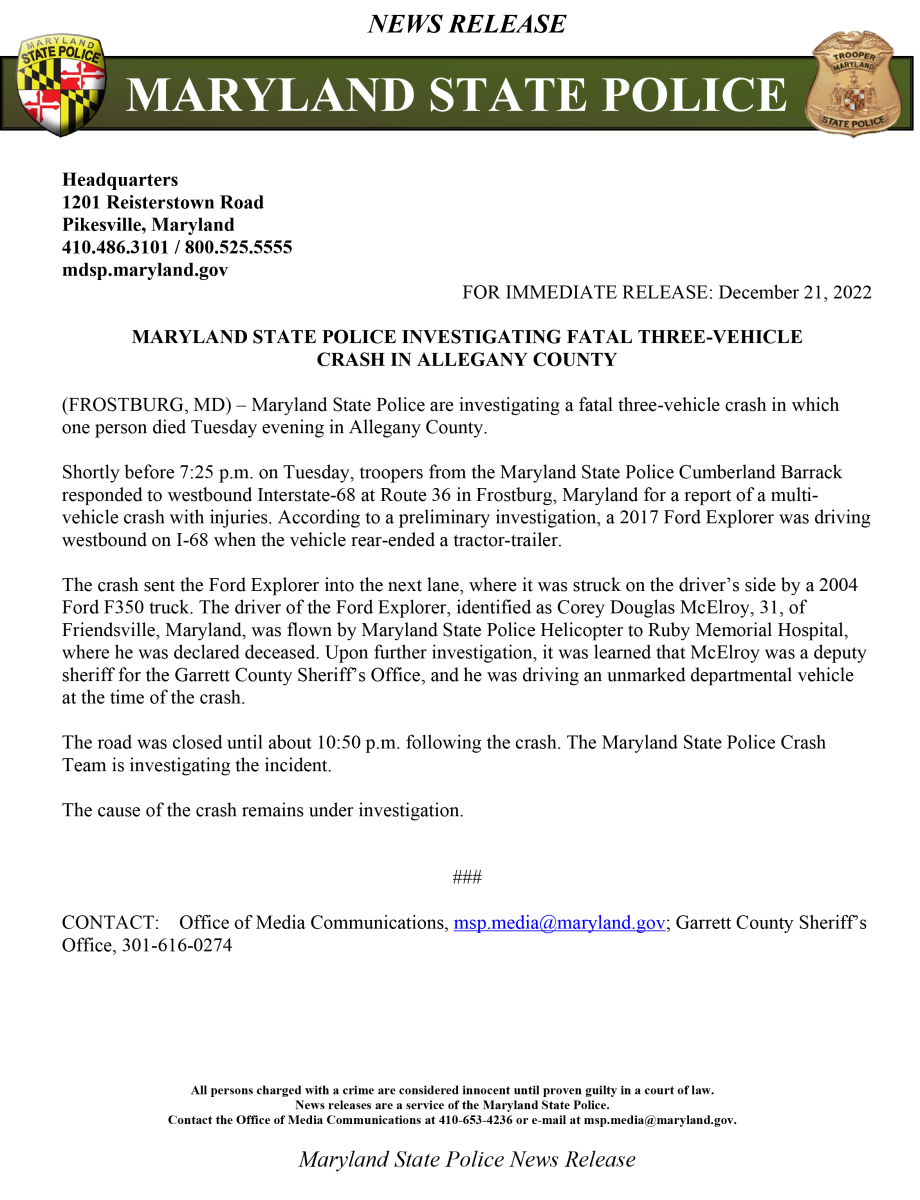